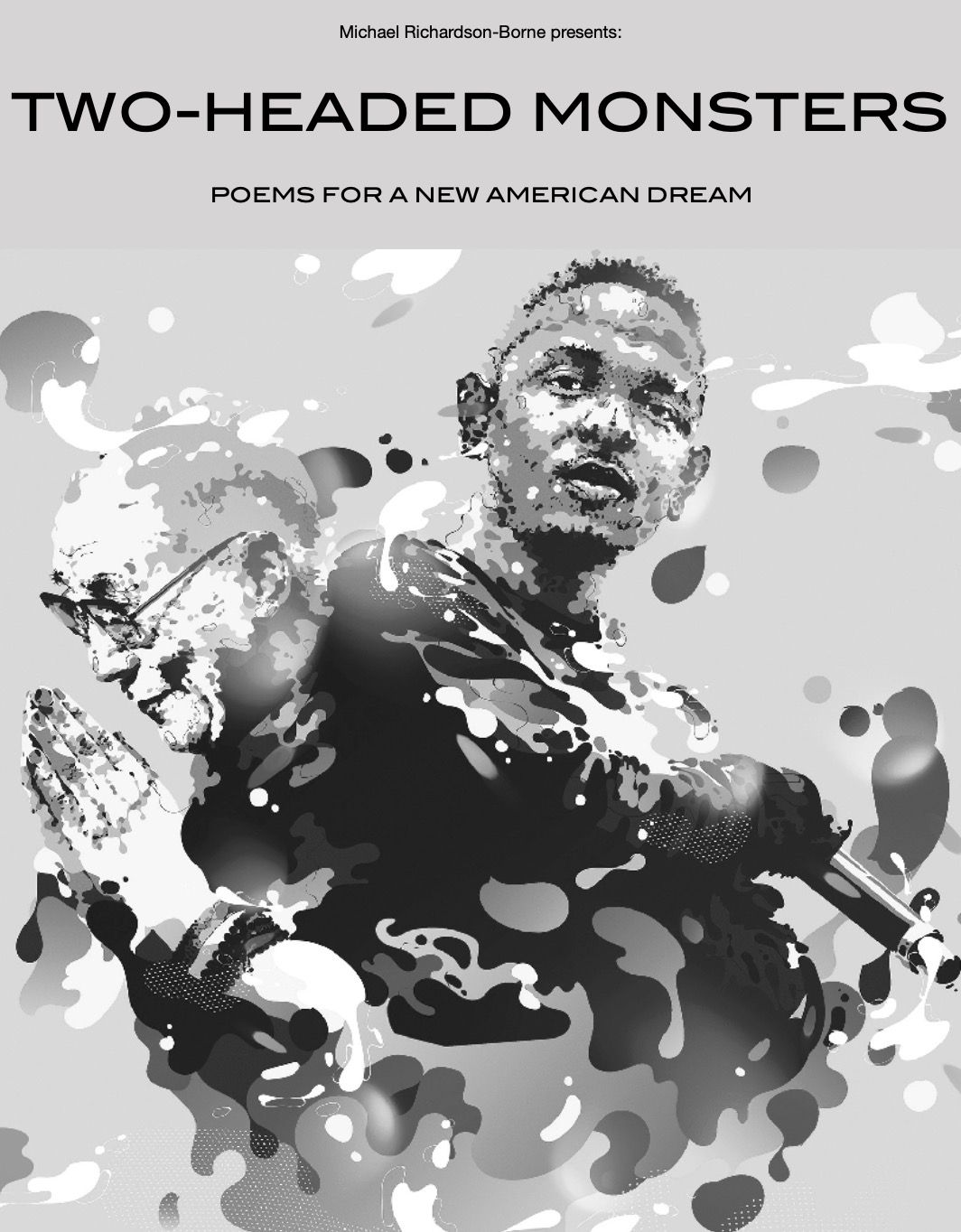 ​​​​​​​Two-Headed Monsters is a poetry collection that tells the story of an American farmer who is approached by 12 two-headed monsters and given a vision for a new American Dream.

Each two-headed monster is composed of an icon from American popular culture and a well-known spiritual teacher.  These 12 monsters extend a collective invitation to America to awaken to its true nature, Non-separation.

Get your copy of Two-Headed Monsters by clicking the button below. 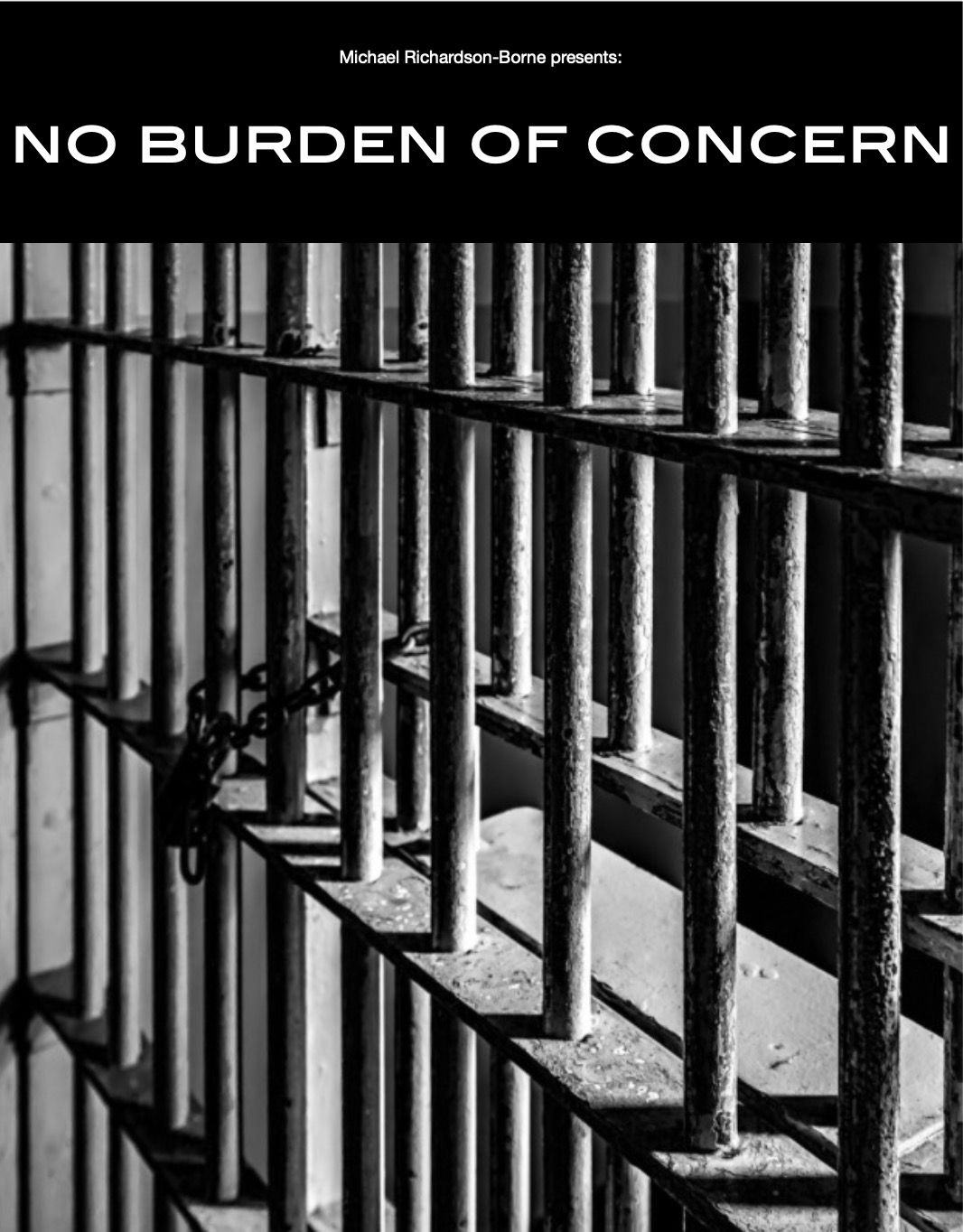 No Burden of Concern (2018)
No Burden of Concern is the coming of age story of Maven, a young woman who finds herself in prison after growing up in a tough Southern California neighborhood.  The tale shifts between scenes of Maven's realizations in prison and flashbacks of her upbringing by a family who continually invites her to have “no burden of concern.”

Enjoy Maven’s journey as she breaks free from the primary assumption of humanity, the belief in a separate self.  The belief in separation is a prison…until it’s not.​​​​​​​
Go To Book 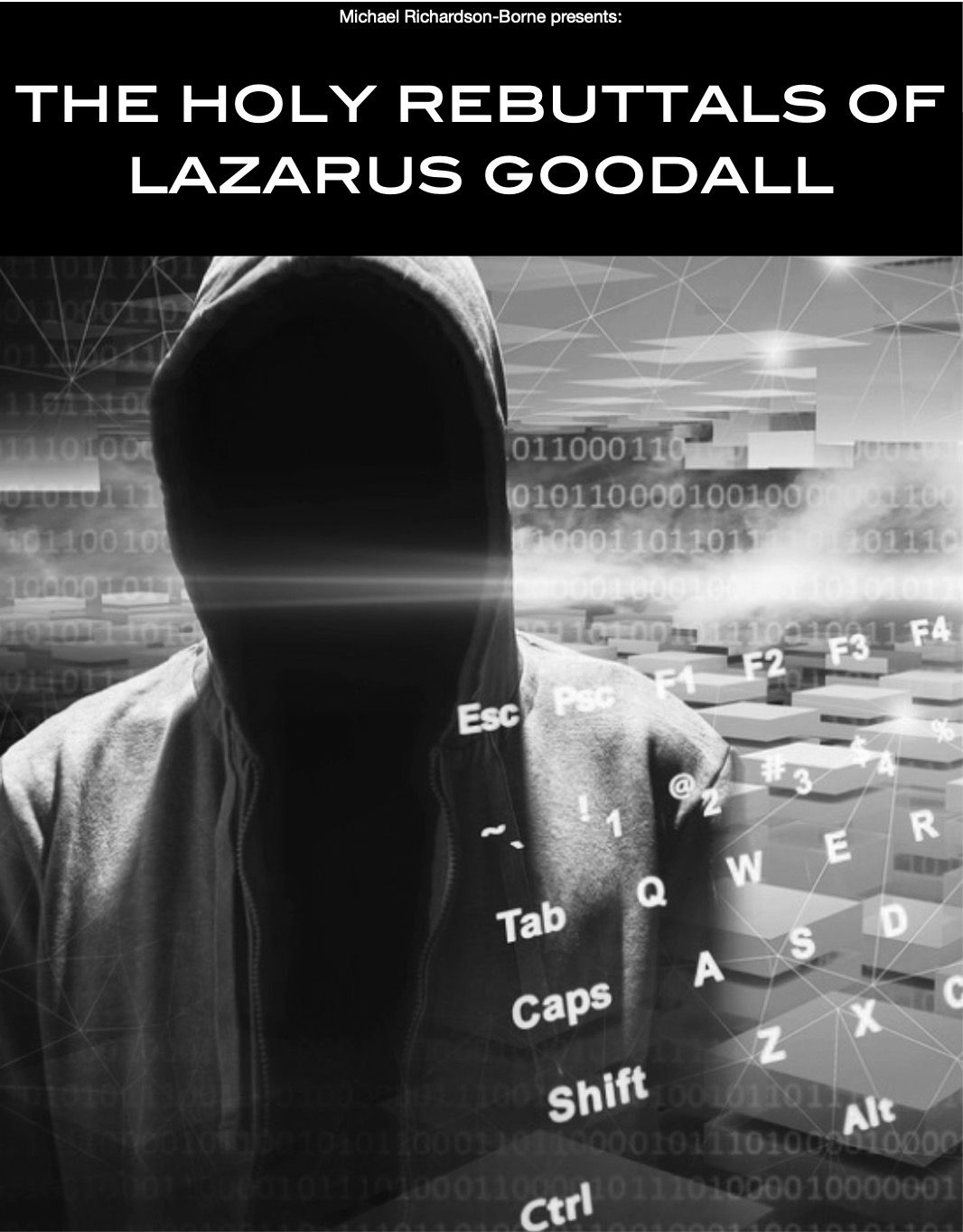 The Holy Rebuttals of Lazarus Goodall (2017)
What would a computer hacker do if they could gain simultaneous access to the lock screens of every mobile phone in the United States?  Would they re-interpret the Ten Commandments as viewed from the Path of Non-separation and deliver it to everyone in America?

That’s exactly what Lazarus Goodall does in his Holy Rebuttals.  Add your information below to get a copy of the ten part rebuttal that has been called a “95 Theses for the Age of Non-separation.”
Go To Book 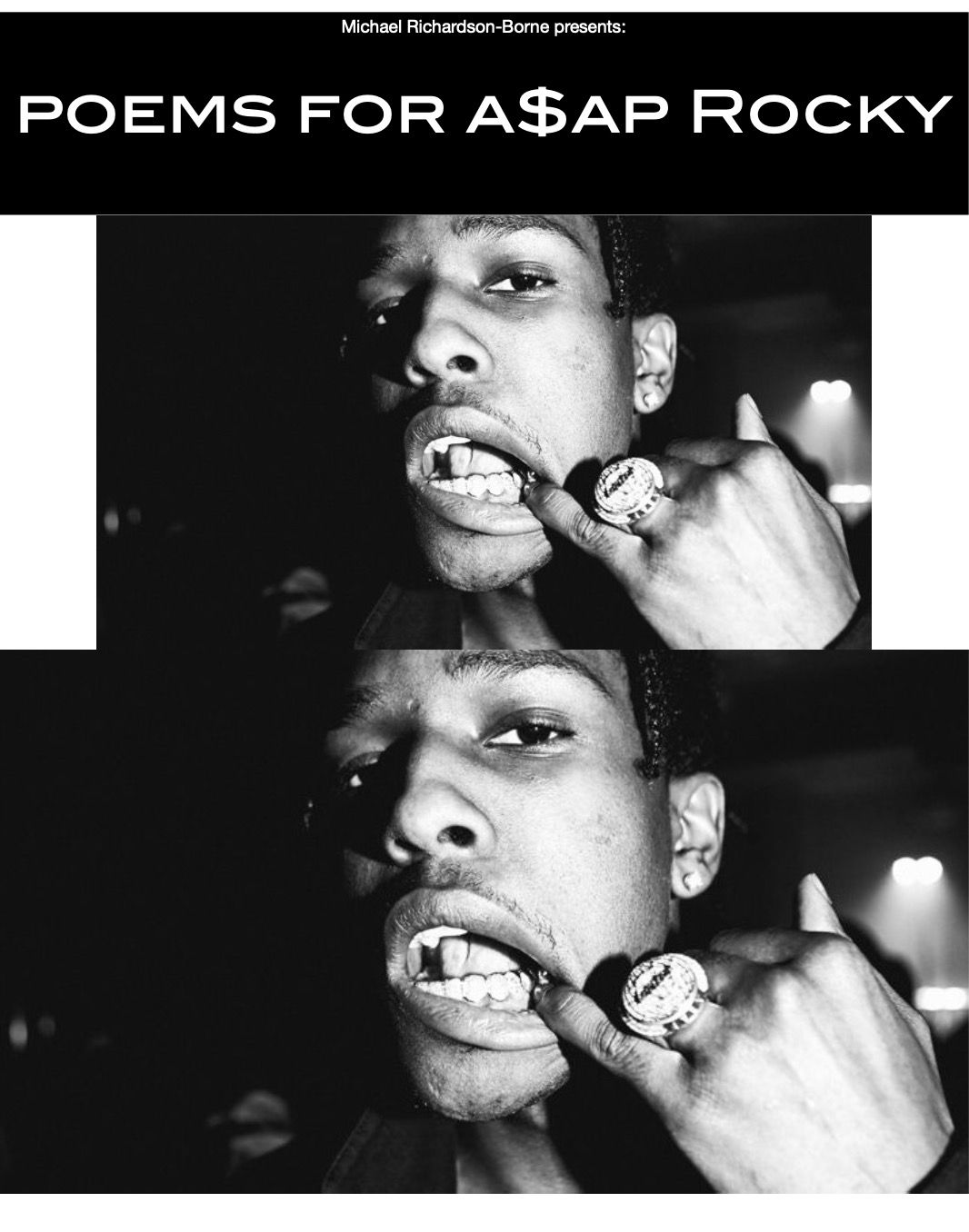 Poems for A$AP Rocky is an exploration of love, revolution & freedom as viewed from the Path of Non-separation.

Get your copy of Poems for A$AP Rocky by clicking the button below.
Go To Book 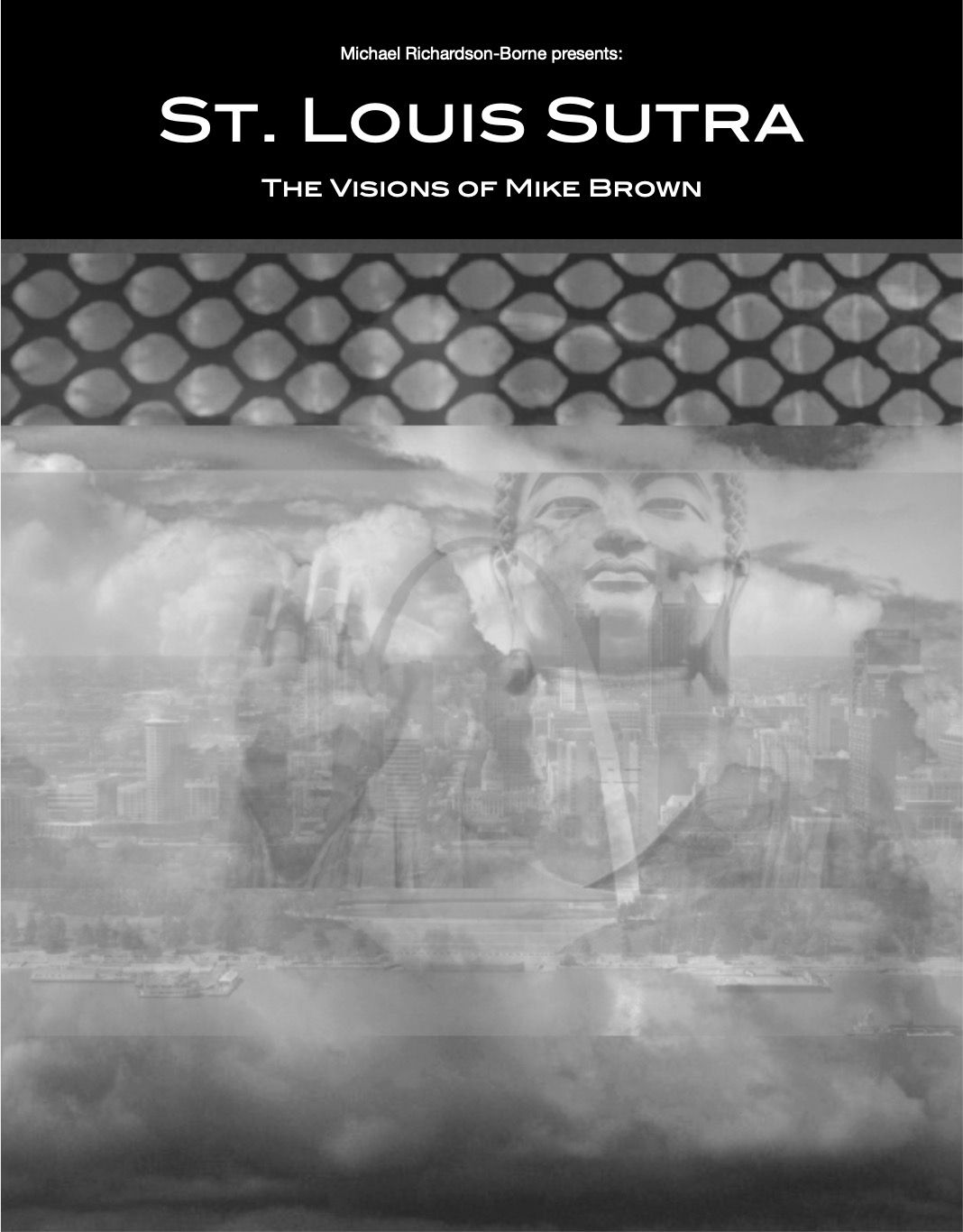 St. Louis Sutra (2017)
In August 2014, when a teenager from Ferguson, Missouri named Mike Brown was shot and killed by a white police officer named Darren Wilson, the streets of Ferguson exploded in protest for weeks.  The phrase on Brown’s lips at the time of his shooting, “Hands up, Don’t Shoot” reverberated around the world as a clarion call against police brutality.

St. Louis Sutra is the personal journal investigators found on Brown’s nightstand the afternoon of his death – a work of art that calls for an end to the violence of the separate self and for a future where police officers, and the people they protect, understand one another as unified  manifestations of Non-separation.

Get your copy of St. Louis Sutra: The Visions of Mike Brown by clicking the button below.
Go To Book